Biography
Sarah Brayer is an American visual artist based in Kyoto, Japan. She is internationally known for her large-scale, poured washi paperworks and aquatint prints. In 2013 Japan’s Ministry of Culture awarded Sarah its Commissioner’s Award, Bunkacho Chokan Hyosho, for international dissemination of Japanese culture through her unique creations in Echizen washi.

Sarah’s art is in the collections of the British Museum, the National Museum of Asian Art, the New York Public Library, and the American Embassy, Tokyo. She has been honored in Japan by being the first artist ever to exhibit her washi paperworks at Byodoin Temple, a World Heritage site dating from the Heian period, as part of Kyoto’s 1200 yr. Celebration (1992). In 2012 Brayer was invited to speak about her Luminosity series in Japanese paper at TED in Tokyo. Sarah was named the first foreign woman cover artist for the internationally-known CWAJ Contemporary Print Show in Tokyo in 2007. In 2021 she exhibited 45 paperworks in a retrospective solo exhibit at Komyo-in Temple in Kyoto.

Drawn to Japanese art through raku-style ceramics and the aquatints of Mary Cassatt, the Rochester, New York native embarked on printmaking in London in 1978. The following year she received her B.A. in Art cum laude from Connecticut College and within months left on a backpacking journey to Japan. Becoming entranced by Kyoto, she studied Japanese woodblock printing with Toshi Yoshida (1911-1996), the son of artist Hiroshi Yoshida, before concentrating on aquatint as her preferred medium. She had her first exhibition in Kyoto in 1982 and has continued to show in Japan, Hong Kong, the USA, and Europe. In 1986 she opened her Daitokuji print studio in an old kimono weaving loft in northern Kyoto, near the gate of Daitokuji Zen temple. Brayer’s Kamigamo studio was opened in 2012.

Sarah first encountered poured washi paperworks-the technique she soon adopted as her own during a visit to Dieu Donne paper studio in New York City in 1986. This painterly and somewhat unpredictable technique seemed a perfect blend of chance and design, which led her to search out the ancient Japanese paper center of Imadate, Echizen, as the place to make large-scale poured-paper images. She has created her art there continuously since 1986, as the only western artist to do so. She is assisted by a team of master women papermakers who assist her in moving the large screens, which are essential tools in her large-scale works. In 2012 Brayer embarked on her Luminosity series, which incorporates light-sensitive pigments into the wet paper as a way of infusing her art with an inner light.

In 2021 she held a solo exhibition, Inner Light,at Komyo-in Zen temple in Kyoto 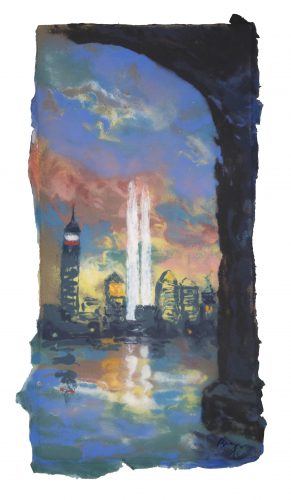 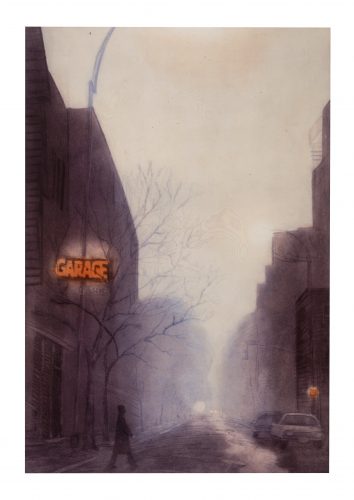 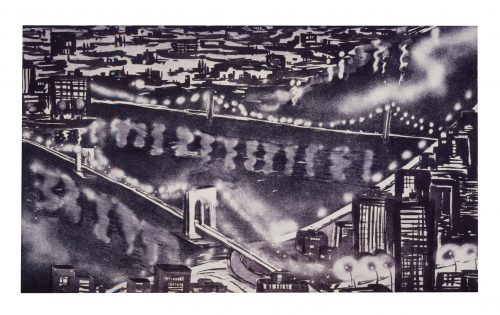 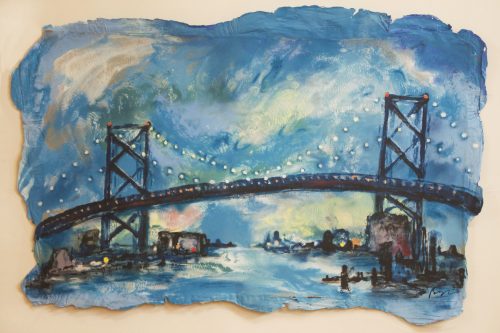 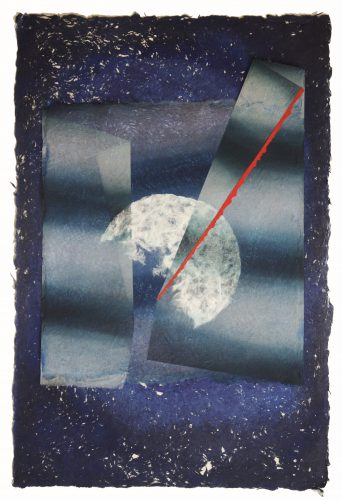 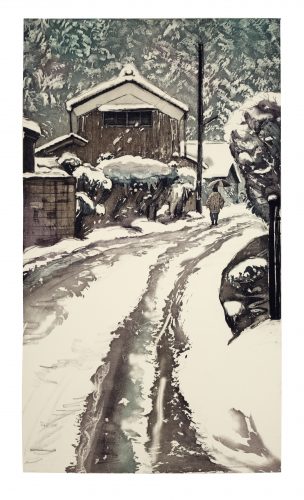